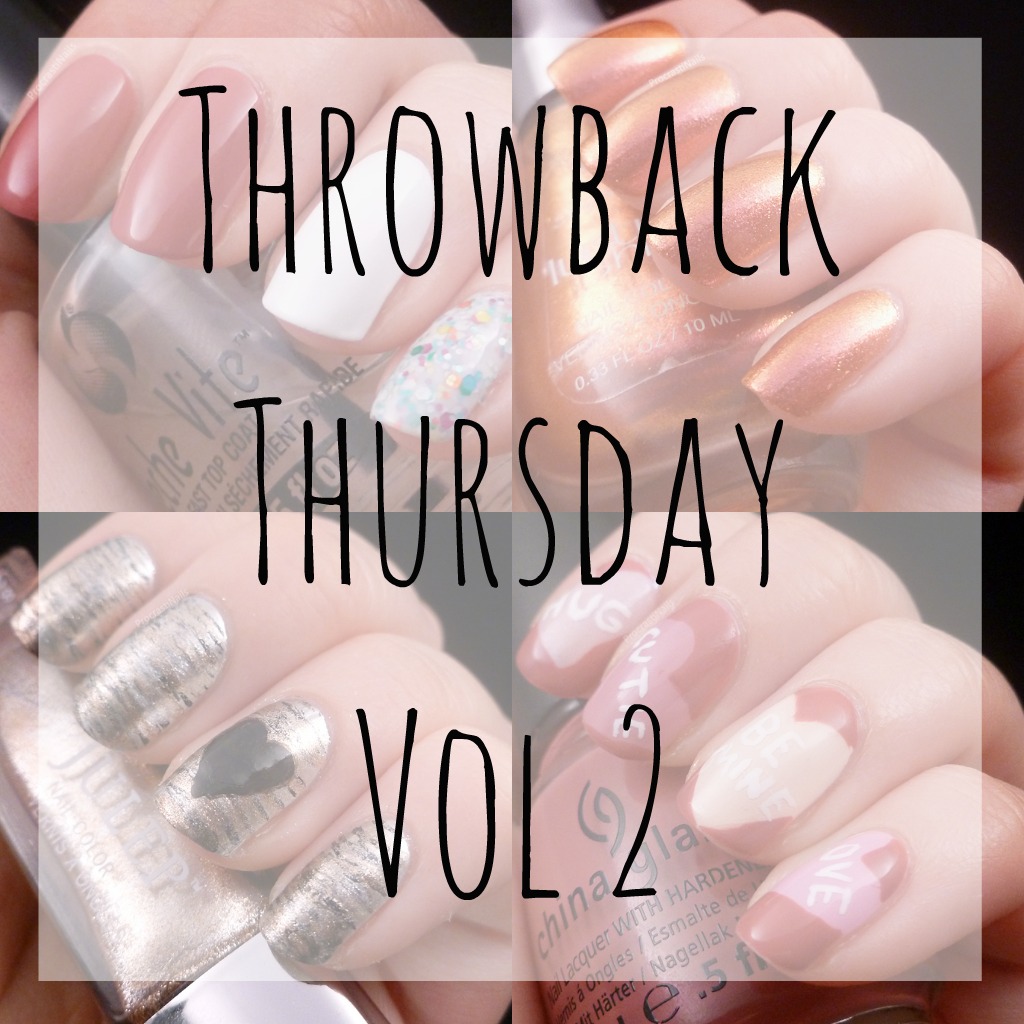 It’s time to volume 2 of my Throwback Thursday series! Today we’re looking back at a mix of swatches and Valentine’s nail art from the beginning of February 2014. 🙂

Lava is such a pretty polish, I still love that pink/orange duochrome look. This is one I held on for quite a while before getting around to swatching – since then I’ve picked up a number of other shades on clearance from the Lustre Shine Collection so hopefully I’ll be able to share those with you later this year.

This was my favourite look for a quite a while. It was one of the first times I had done a fan brush mani and I really like the colours I decided to go with. It kind of looks like subtle tiger striping!

February 6, 2014
Skittlette Base + How I Choose Complimentary Skittlette Polishes

This was a fun post to put together. I got to walk through how I select colours for a skittlette mani and also talked about my thoughts on the difference between skittlette (two accent nails and base) and skittle (each nail different but complementary). 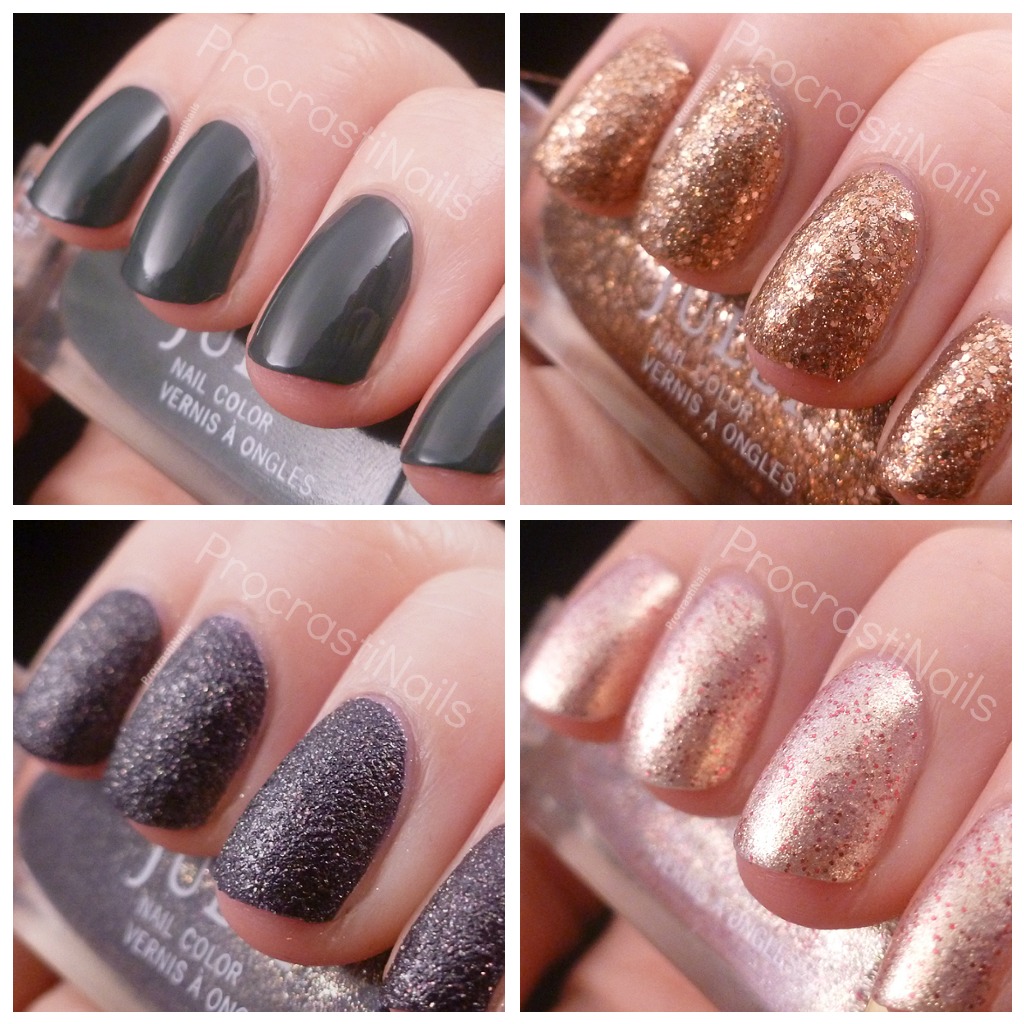 This was such a great month for Julep. The It Girl Box had a bunch of different finishes, and was interestingly enough curated by Jay-Z’s ROCNATION. Jay Z and nail polish is… not a combination I would expect. But it worked! We also got a gorgeous free polish for the month of love in Love (bottom right). Obviously my nails broke just before I took these pics, which is a shame. 🙁

February 10, 2014
Week of Love: Sweet Nothings On My Fingertips

Last year I participated in a fun Valentine’s challenge called The Week of Love. This was my fill for the Candy Heart theme, and it was the first time in a long time that I did lettering on my nails. Not too shabby! I wish I had outlined the hearts in white as well, looking back at it.

What do you think? Which look is your favourite? 🙂 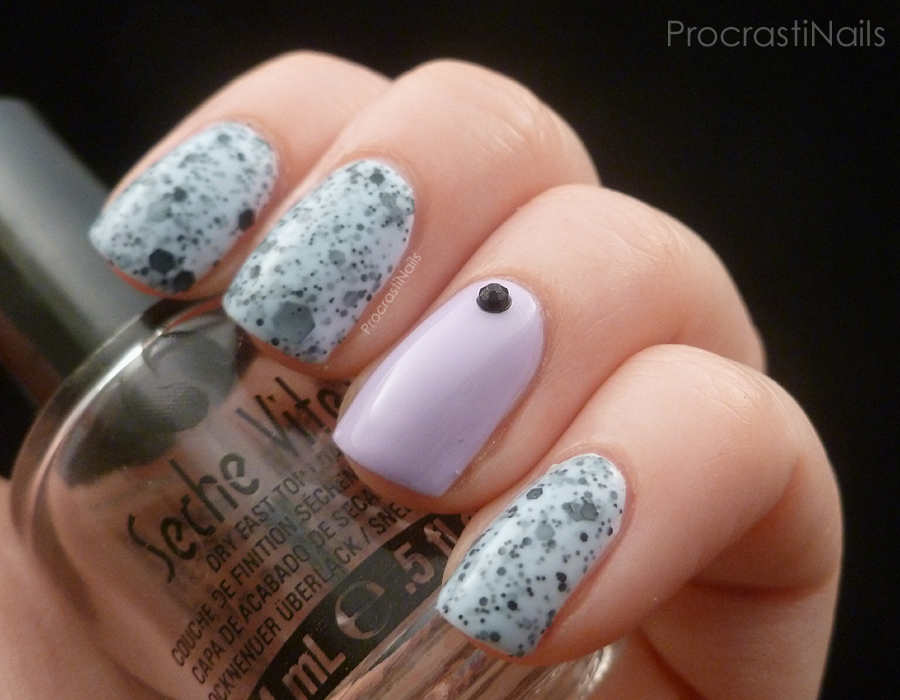 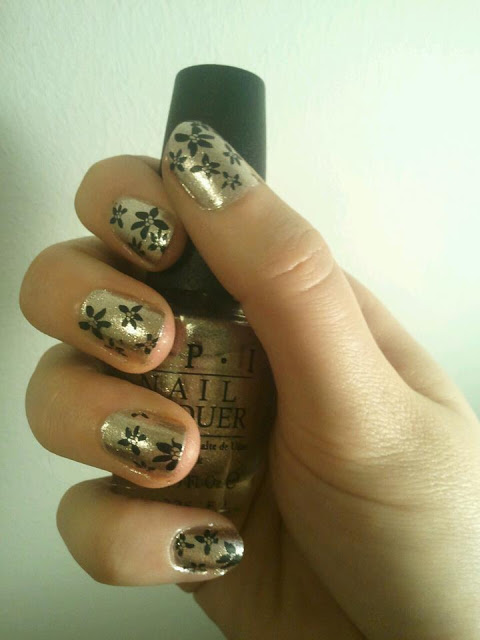 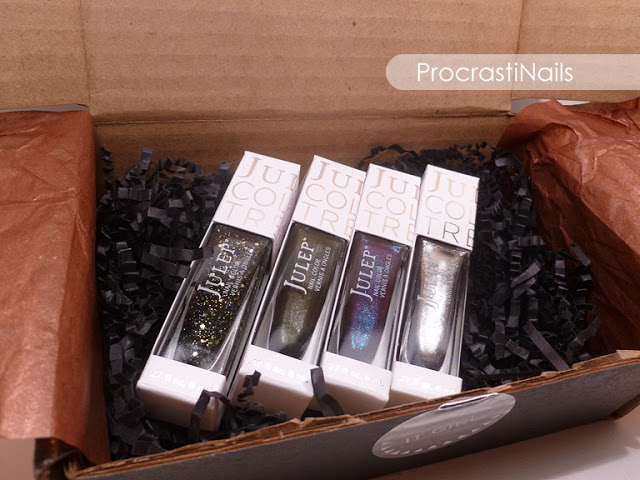