I’ve had this shade sitting around in my collection for what seems like forever. Before my pastel phase I went through a sunset pinky-orange phase, which was when I picked this up. It’s a duochrome foil that goes from pink to orange with a hint of gold… What’s not to love?! 🙂

Sally Hansen Lustre Shine in Lava was part of a collection that Sally Hansen put out in 2012, and it’s a collection they’ve kept available in stores through the past year (so if you want to go out and pick this up it isn’t too late!). The whole line is made up of duochromes, though this was the only one that jumped out at me and so was the only one I picked up at the time. In real life this comes across to my eyes as a pink foil with orange duochrome flashes, but with my lighting set-up you can see the opposite came through in my pictures. Ah well, it’s still stunning!

My only issue with this polish was that the first coat took some work to get it to stick to my nail… The first coat wanted to go on very thin, and I had to do a wee bit of gooping to get the first layer down. From that point on it was fine though, and what you see here is four coats (though three would probably be good, I just had a bit of streaking on one nail with three).

I think this is one of those polishes that would work well in summer when you’re at the beach, but that seems a bit bright and garish for the winter… But maybe that’s just me! 🙂 What do you think? Year-round shade, or keep it to the warmer months? I’m curious to hear what you think!

Thanks for visiting, lovelies!! xx 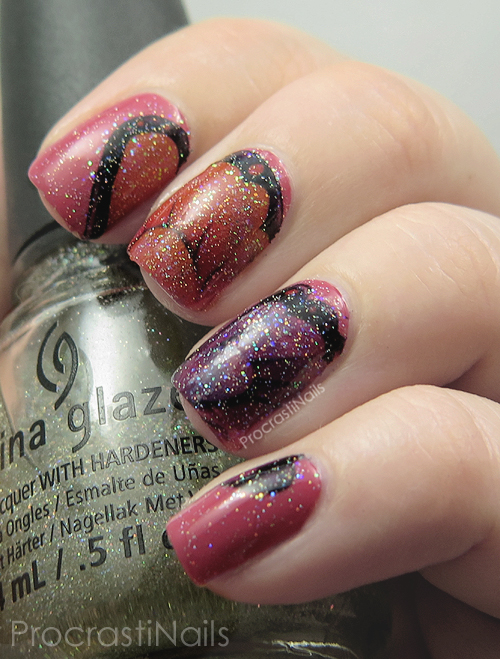 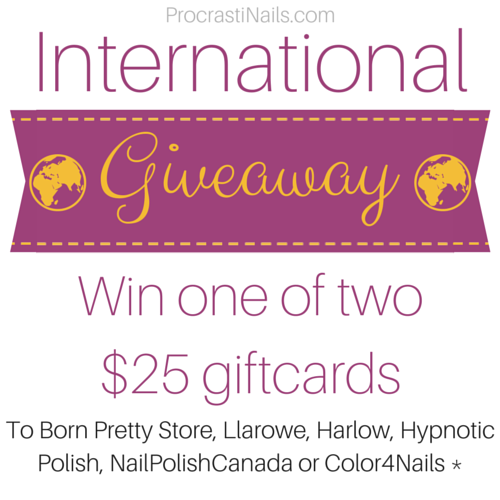