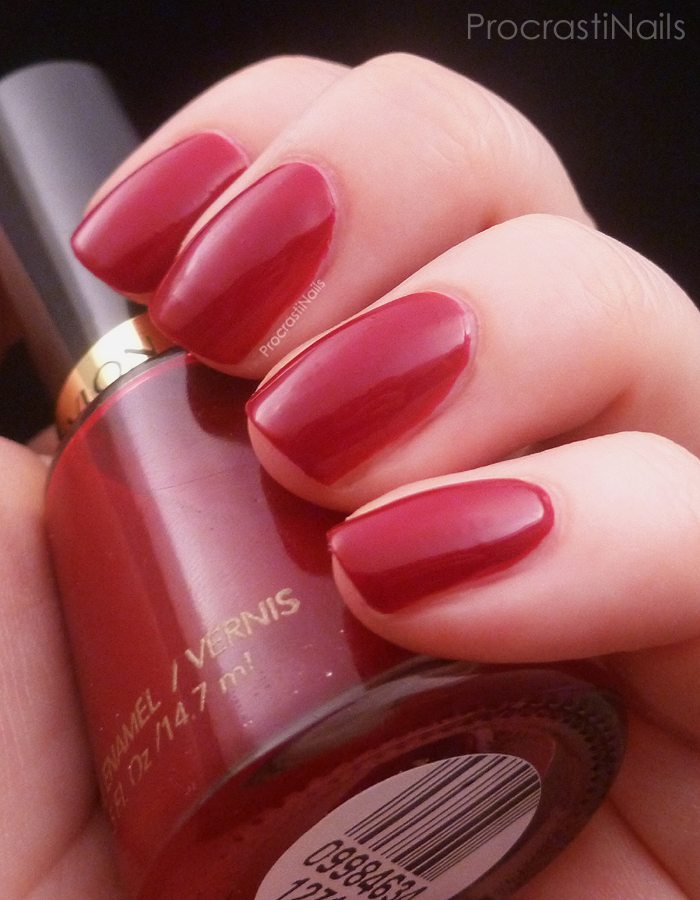 I have another red swatch for you today, and also an announcement! The swatch we have today is a polish I picked up for Valentine’s day this year aptly called Revlon Valentine. I really like this shade, and I’ve previously used it as a base for nail art with China Glaze Ruby Pumps and was pleasantly surprised by how well they worked together!

And now, the announcement: I don’t know if you’ve taken a look at my Collections page, but at the top I make an off-handed comment about one day wanting to get everything swatched. So you know what? I’m actively going to try to start working on that. Yes, this is my pledge to do whatever I can to get each and every polish on that list swatched! I’m not setting a timeline for it, but it is something I’m going to actively work on. I decided the easiest way to do it is to work from the top of the list down, so after this post be prepared for the China Glaze swatches to start popping up fairly frequently. 🙂

Now that I’ve gotten that out of the way, check under the cut for more details about Valentine and also another pic! 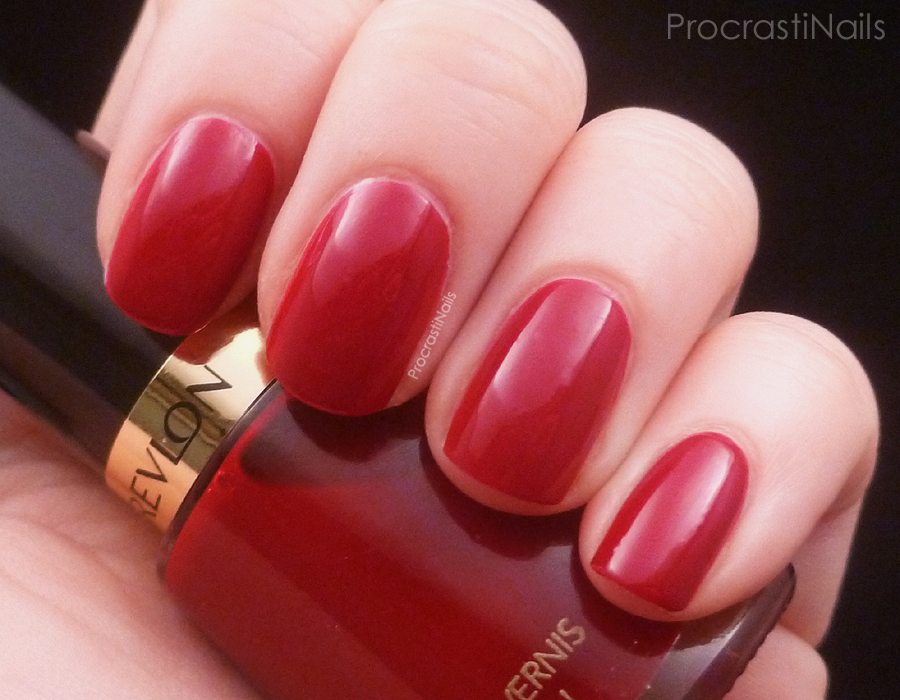 Valentine is a lovely deep cherry red crelly. When I first used it I was worried that it was going to be a sheer jelly but my fears were (thankfully) unfounded. I used three coats here, but depending on how thick your coats are you can possibly get away with two. The consistency and application was really nice though it did stain my cuticles a bit when I removed it.

At first I was worried this was going to look similar to Julep Catherine but just from glancing you can see that this polish leans blue where the other leans orange. So that worry was unfounded! 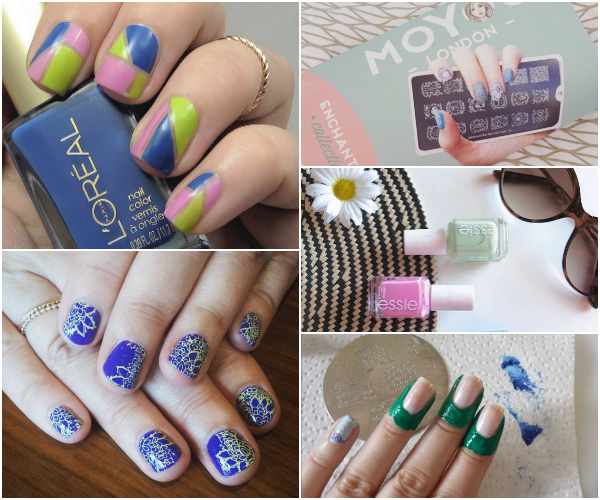 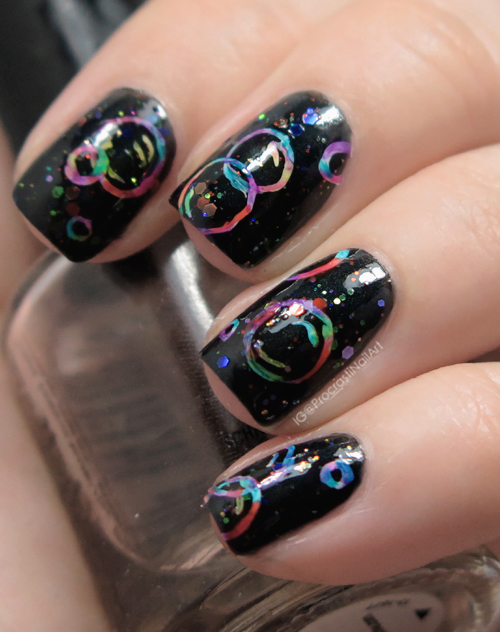