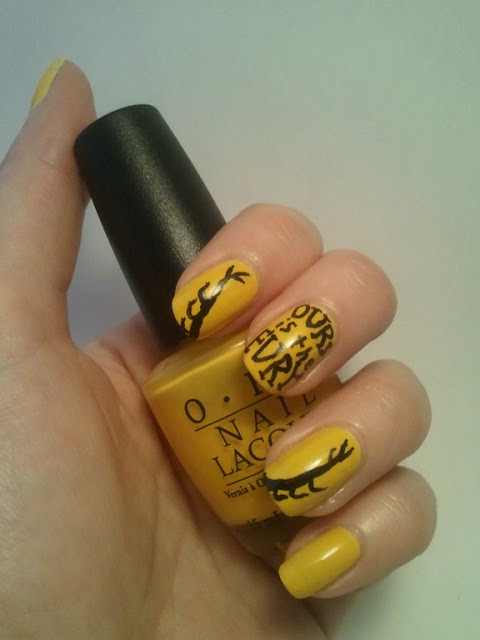 So the next colour I had to do was yellow. I only own two bottles of yellow nail polish, so it was easy to decide that part. After giving it some thought, I decided to do a Game of Thrones design because why not. (RIP Renly)
See behind the cut for inspiration/tools/more pics/etc.

I was sucked into the Game of Thrones hole a year ago or so by a friend, though she hasn’t gotten me hooked on ASoIaF yet (I’ve tried a few times but I just can’t get through the first few chapters). When the second season was airing I had played with the idea of doing some Thrones nail art, but I never got the motivation up… and drawing animals is freakin hard! But the idea was still there.

When I saw that yellow was my colour and was trying to think of what I knew that was yellow, my mind went back to the Game of Thrones idea – specifically the Baratheon design. I thought about trying to do Renly’s badass crown, but after a google search I decided to use the design shown here instead. I won’t get into my unexpected love of Renly and sadface at his death (or my plans to do a stag and rose design in the future), but if you haven’t watched Game of Thrones on HBO you need to do so ASAP. (Quick, you still have time to catch up before the third season starts!)
Regarding the actual nail art, I ended up using a liquid eye liner pen for the font and design. It was super easy, and I would recommend this method to anyone who doesn’t feel they have a steady enough hand with a paintbrush. It holds the colour so you don’t have to replenish your brush a lot, and it goes on solid with one sweep. Awesome.
The base was done with one coat of OPI’s My Boyfriend Scales Walls with and coats of OPI’s Need Sunglasses? on top. I find Need Sunglasses? needs a billion coats to get opaque, so I like using a solid base first.

This is a crop of the HBO Baratheon wallpaper that was made available. I tried to copy the style of the horns and used a serif font per this design. 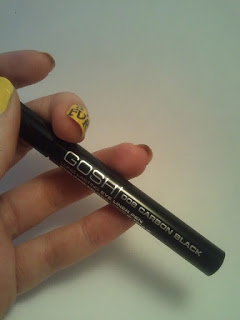 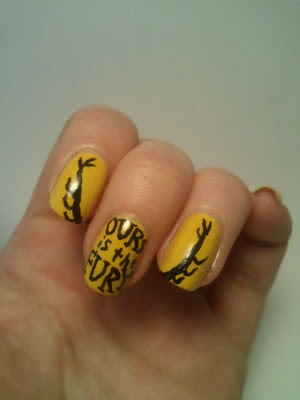