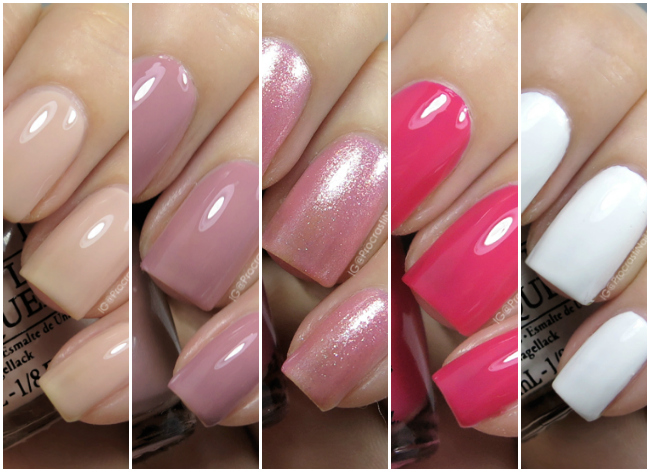 Since all of my friends know about my blog and love for nail polish, it’s not unusual for them to hand off polish-related gifts they’ve gotten that they aren’t super keen on. Win for me!

One of the more recent things I was given was a mini pack from OPI called the All Stars Minis which is a pack of OPI’s 10 best selling polishes in a LE mini collection. I shockingly only owned one of the 10 polishes so it was nice to be able to play around with some older (and new to me) OPI shades.

I’ve decided to split these swatches into two posts, but don’t worry as the other 5 shades are already swatched and ready for posting. I’m planning to have them up early next week so make sure to check back! This half of the collection is the neutrals and pinks. Let’s get into them!

ProcrastiNails: Simple Mani with the OPI Sheer Tint Polishes: I’m Never Amberrassed, Don’t Violet Me Down, Be Magentale With Me, and I Can Teal You Like Me!