Today I have the second half of swatches from the OPI All Stars Mini Collection, and this half is the richer shades where the last half was the pinks and nudes. 🙂 If you want to see the first five swatches make sure to check out the first post!

The first shade I have to show you is one of my favourites out of all ten. This is OPI That’s Hula-Rious! and it was originally released in the 2015 Hawaii Collection.

It’s a cool minty green creme that was a bit patchy in application but that I could build up to full opacity with three coats + top coat. I like this colour enough that I will put up with the patchiness, not gonna lie! 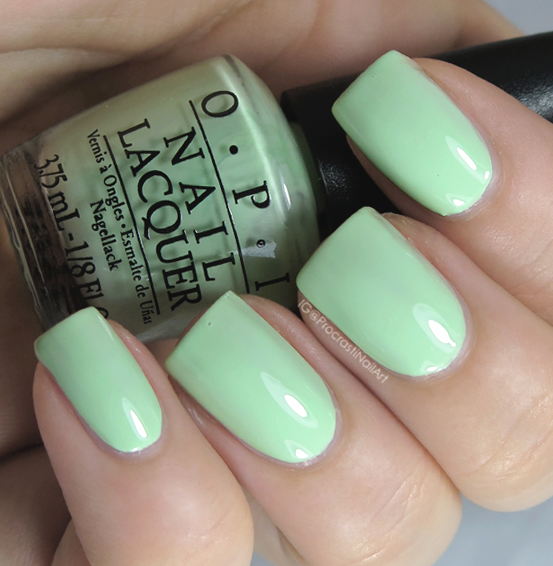 OPI Do You Have This Color in Stock-Holm?

This is the only shade I already owned (and already loved!) out of the ten shades. OPI Do You Have This Color In Stock-Holm? is from the 2014 Nordic Collection and it is a FABULOUS blurple creme polish. This one had zero application issues and required three coats for full coverage. 🙂

Okay, so I know this polish looks black but stick with me – it isn’t! This is OPI Lincoln Park After Dark and it’s a dark dark blackened raspberry crelly. It was originally released with the Deliciously Dark Collection in 2007 and has been a staple for OPI ever since. 🙂 They even released a matte version in 2009!

Pictured  here is three coats, but as expected the more coats you do the deeper the colour. If you don’t mind a bit of a messy look you could probably layer one or two coats over a lighter base to get a colour that looks less like black (lol). You can get a hint along the side of my pointer finger of what that might look like, where I didn’t paint evenly. 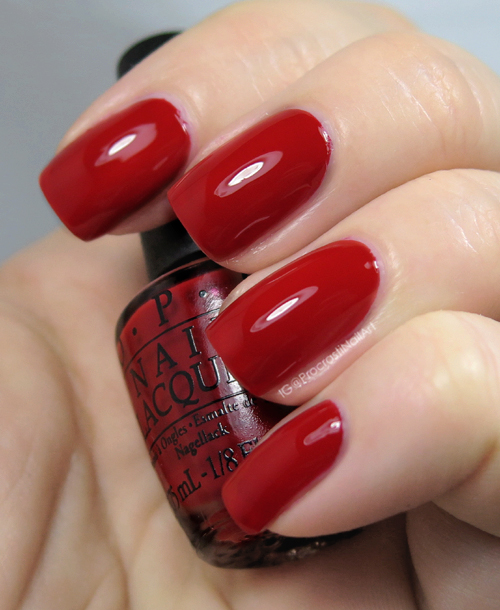 If you’re looking for a quintessential red crelly polish, OPI Big Apple Red is as far as you have to look. 🙂 It’s a very sexy traditional red! It was originally released with the 2000 New York City Collection and pictured here is three coats with top coat.

This one is a little sheer so if you do thin coats you might also want to do some white undies so you don’t get visible nail line. Just fyi!

I always want to call this Magdala Wine and I don’t know why. This is actually called OPI Malaga Wine and it’s a deep vampy red. It came out waaaaaay back in 1989 with the Launch Collection and has been a Classic Shade ever since! I used three coats with topcoat.

I feel this is the nighttime shade to go with the daytime shade of OPI Big Apple Red. Wouldn’t that be fab if there was a thermal that went from one to the other? Ah!

So that’s all ten! From this half That’s Hula-Rious! and Do You Have This Color In Stock-Holm? are the clear winners for me, but there are lots of gorgeous shades in the set. I can definitely see why these shades are considered ‘All Stars’!

As I mentioned I got this set re-gifted to me by a friend (thank you Michelle!) but if you’d like to pick it up you might be able to find it at Winners or Marshalls if you look around. I know they often bring in older sets of OPI minis. 🙂

If you haven’t already make sure to check out the first half of swatches from this set, and then let me know what you think! Which shade is your fav? 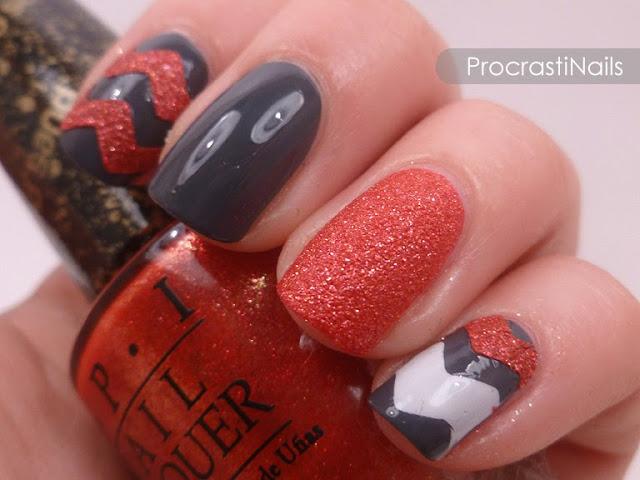