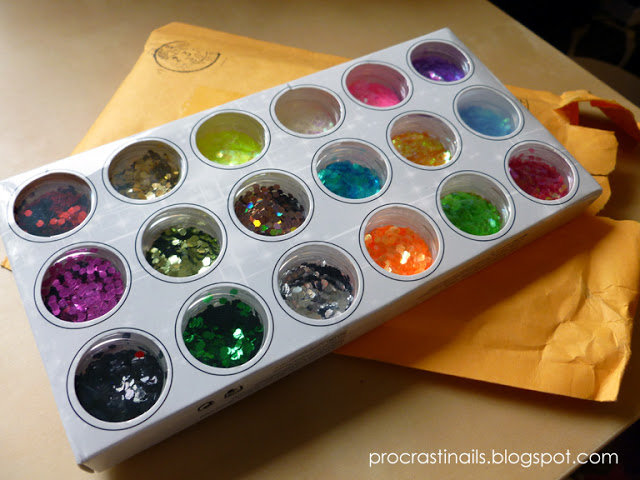 I got a package today with the new hexagonal glitters I ordered!! SUPER PUMPED! I’m excited to start using these in upcoming mani designs. Which colour should I use first?!

I was looking for ages for a good selection of this size glitter, but the only ones I could find in my usual craft stores were the Martha Stewart ones which were $30 a set!! No way I was paying that! Instead I went on ebay and found these lovelies @ $4.60 CAN for 18 colours with free shipping. Much better. 🙂 Send me a message or email if you want the name of the seller I got these from. 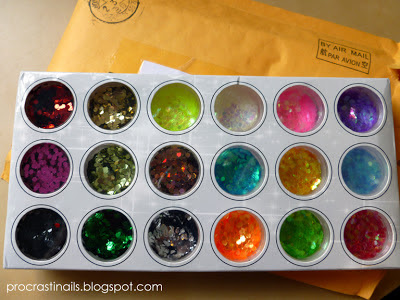 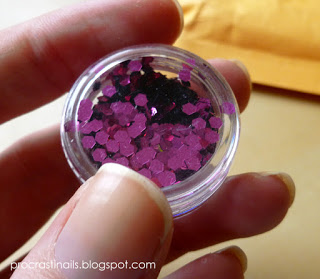 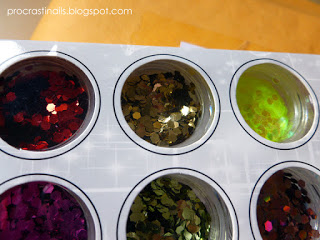 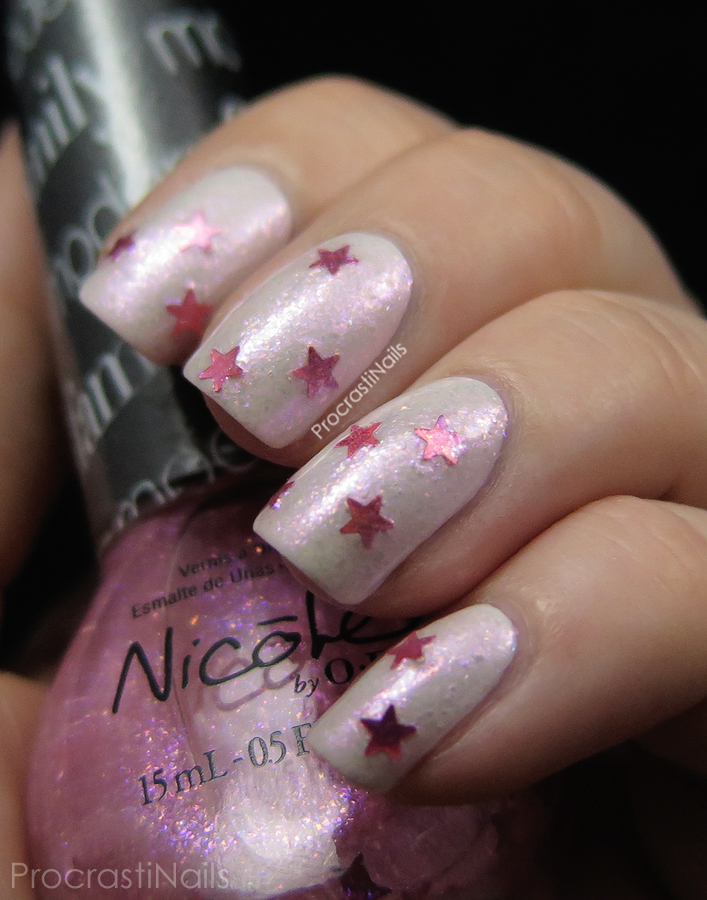