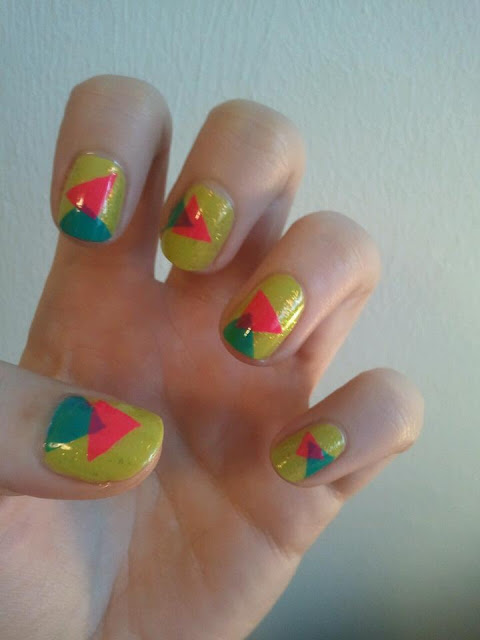 I love love loved this tutorial from Nailside, which I first tried in March 2012. I used neon colours to drive home the 80’s theme and really like how the pink looked where it overlapped the blue.

The only thing I don’t like about this is that I ended up doing it over an old mani which was just a base of Did It On ‘Em with Shine of the Times on top. I didn’t love those two polishes together, so I decided to add a real design on top to make it more interesting rather than just wiping it off. 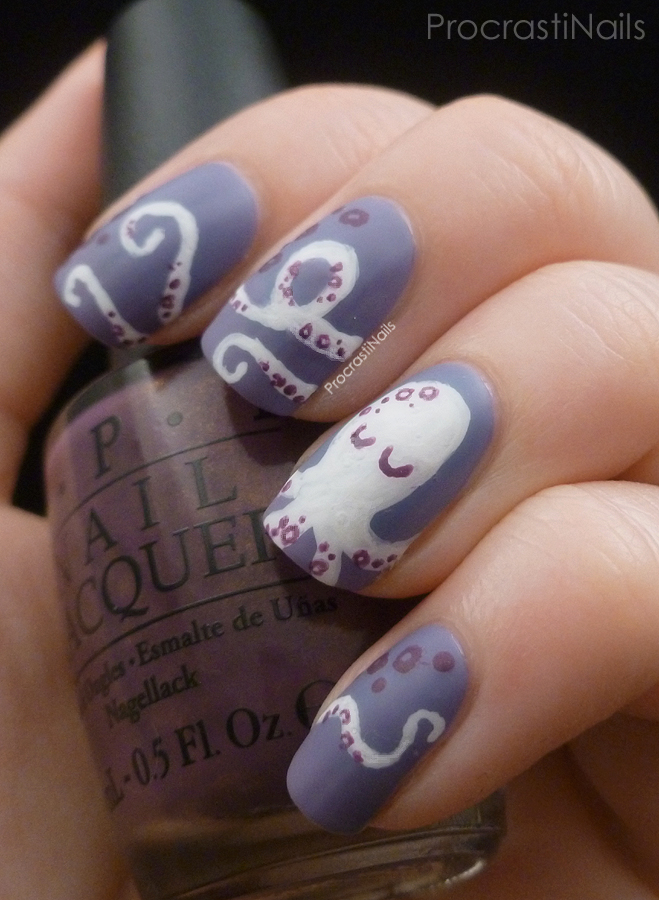 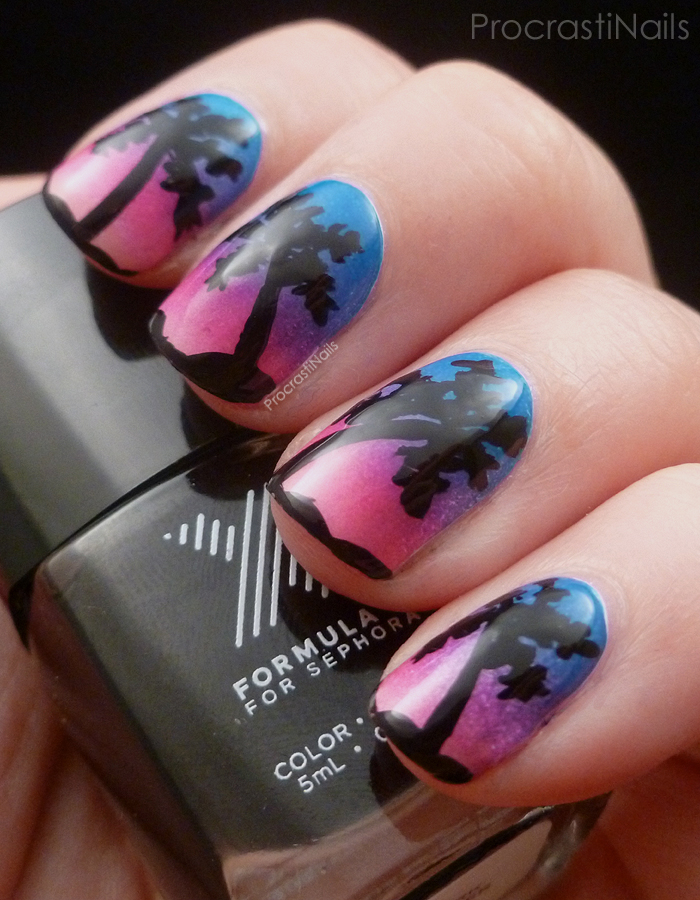 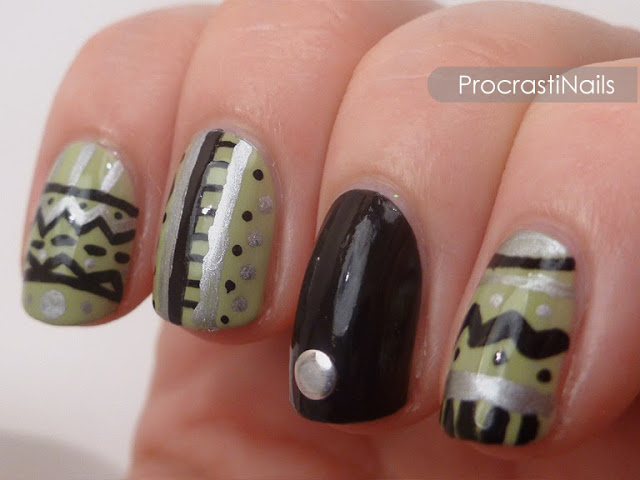