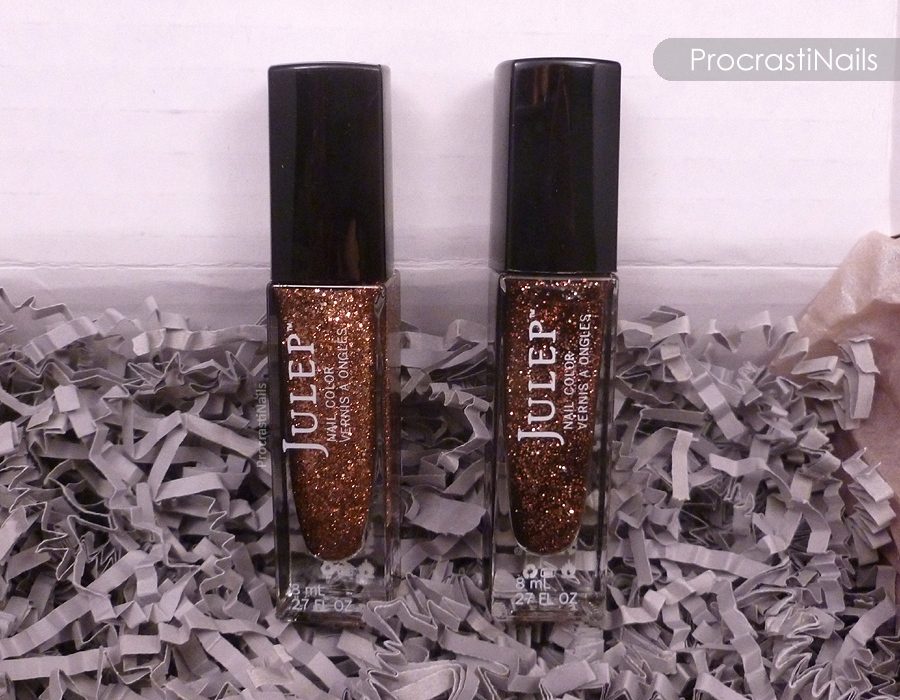 Hello lovelies! Today marks the start of a new series of posts that I’m calling Duped?! As you can probably guess, it’s going to be my chance to look at polishes in my collection that seem like they might be dupes (aka duplicates). I might also throw in some polishes that I just want to compare even if they don’t seem like exact dupes. It’s something I’ve been playing around with in my mind for a while, but when I got this month’s Julep box and saw the colours in it I thought to myself: “Alright. These look eerily similar to other shades I’ve gotten in previous months. I need to compare!” Today: Julep Diamond Theory and Julep Hilary go head-to-head! I’ll tell you a bit about each shade, and then we’ll get to the comparison.

Diamond Theory was one of the polishes in Julep’s February It Girl Box and is described as a “full-coverage multidimensional copper glitter.” 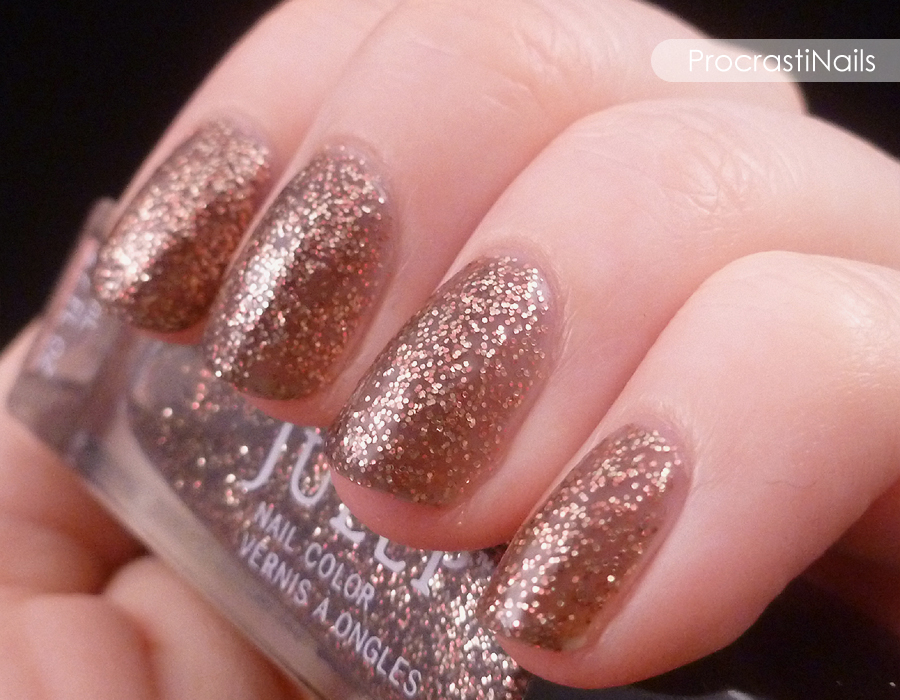 Hilary was a shade I got in my 2013 Gem Collection and it was originally in the December 2012 Bombshell box. Interestingly enough it is also described as “full-coverage copper multidimensional glitter.” Hmmmmm!

Bottle Comparison: In the bottles the two colours look similar but they don’t appear to be exact dupes. Diamond Theory has some visibly larger hex glitters scattered throughout, though I can see how a non-nail person might mix the two up if they just gave them a quick glance.

Nail Comparison: Right off the bat, I think we can all agree these are very different polishes. Diamond Theory leans towards a golden copper where Hilary is a warm brown. On top of that Hilary is made up of a fair scattering of brown and golden glitters in a brown jelly base, where Diamond Theory has a healthy distribution of gold and copper micro and large hex glitters in a clear base. I don’t think there’s anything wrong with having both of these polishes in your collection since they have such distinct differences. With that in mind, I’m going to say…

Do you agree? Do you think a collection needs both, or is just one fine? Which is your favourite?  🙂 Let me know!

If you have any shades that you want to see compared let me know in the comments. I plan on working my way though some of my Julep polishes first and then move on to cross-brand comparisons. 🙂 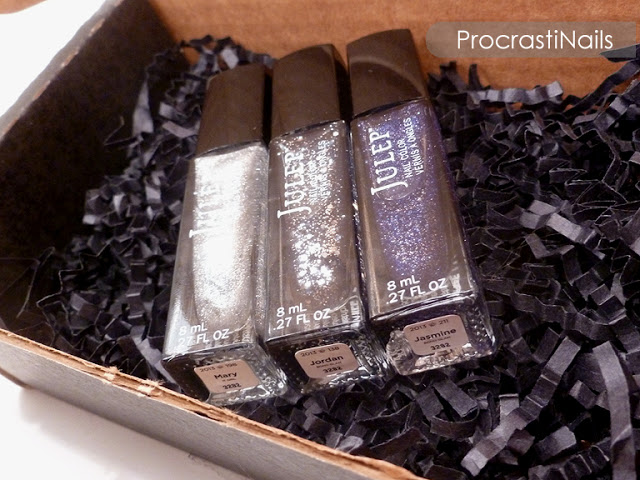