My first attempt at making my own nail decals was a success! I was actually working on a tutorial for how to make these decals with different types of polish (cremes, textured, glitter) but ran into a bump, so you get the mani now and the tutorial later. More trial and error on my part means less on yours, right?? 🙂

This particular mani was done with a base of Julep Daria on the majority of my nails, and OPI Magazine Cover Mouse as a ring finger accent nail. I made a large batch of decals (some sucessfully some not) and chose some chevron-cut ones that I had done with Magazine Cover Mouse and one that I did with OPI My Boyfriend Scales Walls for a bit of variety. 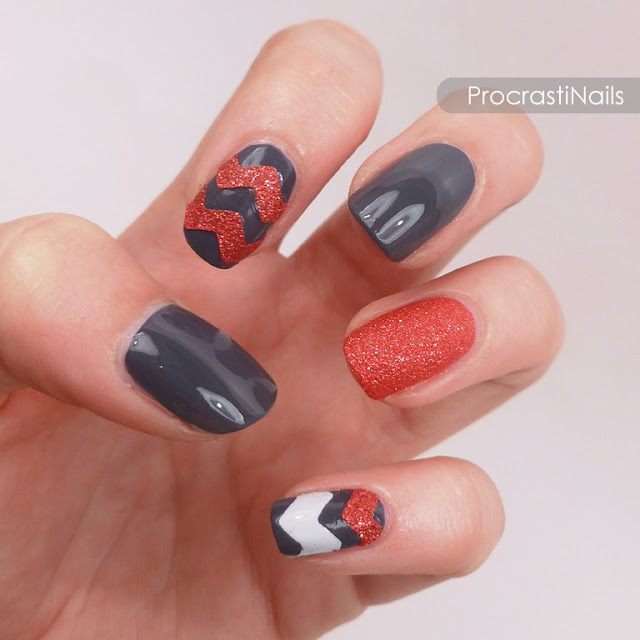 I’ll expand on the process in the forthcoming tutorial, but basically after you cut your decals you press them onto your wet polish and then seal with a topcoat. The trick with textured polishes is if you want to keep the texture you can’t use a topcoat to seal it all, so your decals stick up a bit from the rest of the polish. 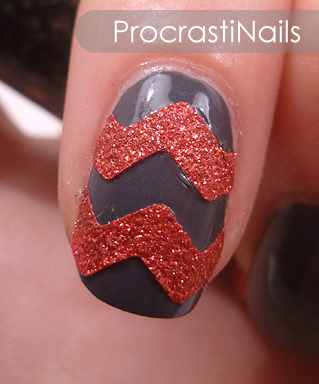 You can see here how much the decals with Magazine Cover Mouse stick up, compared to the one with My Boyfriend Scales Walls (which was sealed with topcoat and sits flat). I don’t mind how it looks, and as always it’s less obvious IRL than it is in a macro photo, but I recognize it might not appeal to everyone. 🙂

I love how Daria looks blue in certain light, where other times (like when I swatched it and when you look at it in the bottle) it looks like a dark grey. This colour palette brought out the blue tones for sure, which I didn’t expect since I designed the look to be grey and pink and white… Haha. Oh well. 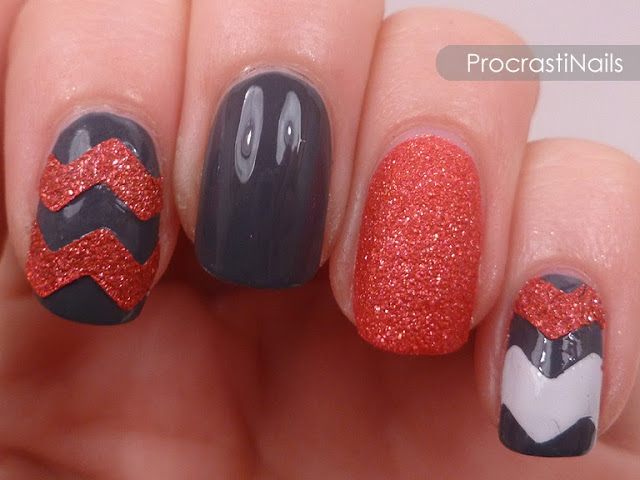 I like this look in general, and I’m excited to play with making decals some more in the future. I kind of feel like this mani is missing something (some studs? more decals?) but that’s okay. I’m still pretty proud of it. 🙂

Have you ever tried making your own decals before? Were you succssful? Let me know!! 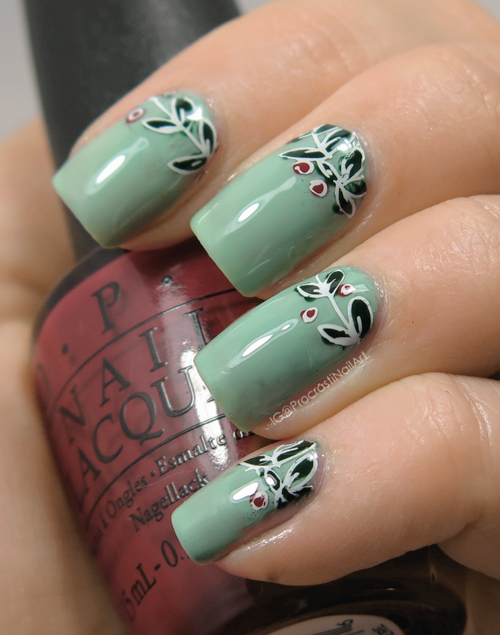