A couple months ago Julep announced that they were working on an innovation that would change the way we paint our nails – the Julep Plié Wand. I love that the name was inspired by the graceful moves and lines in ballet – very appropriate for this tool, since it moves so smoothly from one position to the next. Julep crowd funded the money to develop the product and they were released with the May 2014 Julep Maven boxes. I received the Plié Wand the other week when my box arrived, and while I don’t think it’s completely necessary to painting your nails I can see how it could make the process a bit easier and more comfortable (especially for your Cinderella hand).

I have some pictures and thoughts to share, and I also put together a quick tutorial to explain how to attach and use the wand with your normal polish caps. Let’s jump right in!

Details/Instructions: An ergonomic nail polishing tool designed to solve common polishing pain points and give you better results. Imagine if you’d spent your whole life writing with a pen cap and then someone finally handed you a full-size pen. That’s what it feels like to polish with the Plié Wand.

The Plié Overcap is a really great invention because it fits perfectly over the normal Julep brushes. I remember when Julep announced their idea for the Plié Wand there was a lot of concern about what was going to happen to our old caps/brushes. With this addition you can still keep your polishes stored with their normal caps (and swatching stickers) and then just pop it off and replace it with the Plié Overcap when you want to paint.

The wand has been created in a way that lets the the majority of it manoeuvre in a full circle at any angle away from the base. This allows you to shift the handle into whatever position is most comfortable for your hand (yay ergonomics!). I really appreciate that you can actually manoeuvre the wand to sit at any degree – I was worried it was only going to have one or two fixed positions that it would snap into. That being said, there are two positions that the wand best locks in to: straight and a ~90° angle. But it holds at all the places in between those quite well, too.

Another worry I had going into this was that the magnet to hold the Plié
Wand and Plié Overcap wasn’t going to be strong enough, but my worries
were completely unfounded.

Tutorial
Because I’m not yet equipped with video capabilities, I want to encourage you to check out the official post about the Plié Wand on Julep.com to see a video that fully demonstrates the wand’s pivoting ability. I’ve also put together a quick picture tutorial to show you how it works:

*Note: for this tutorial I used the normal brush in my bottle of Saaya, not the new Precision Brush

I find that for painting my normal swatching hand (non-dominant) I like the Plié Wand to be positioned just a smidge wider than the full ~90° angle. Here’s a better shot of step 4 so you can see how it looks in that position:

In contrast, for my Cinderella (dominant) hand painting I like to hold the brush at a much wider angle – about 150° or 160°. Here’s a look at that:

My Thoughts
Overall I’m fairly pleased with how Julep’s Plié Wand turned out. Will I take the time to dig it out and use it each time I’m painting my nails? Probably not. Do I think that a company as large as Julep needed to crowd fund the money for a product like this? Nope. But it’s still a fun tool, and definitely a new item in the nail polish field.

The Plié Wand system (wand, brush and overcap) is available on Julep.com for $25 ($20 Maven) with double packs of the Precision Wand/Plié Overcap combo available for $6 each. It’s also available as an add-on with your June 2014 Maven box.

That’s it for today, but keep an eye out for a look at the Julep Plié Wand Creativity Kit tomorrow – yay for a new striping brush and dotting tool! 🙂

Let me know what you think! Thanks for visiting! xx 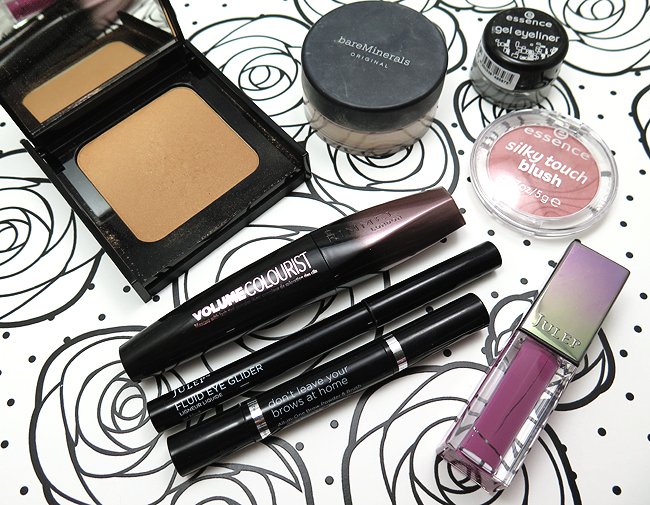 ProcrastiNails: Review // Removing My Makeup with Only Water + The FaceOff Makeup Remover Cloth