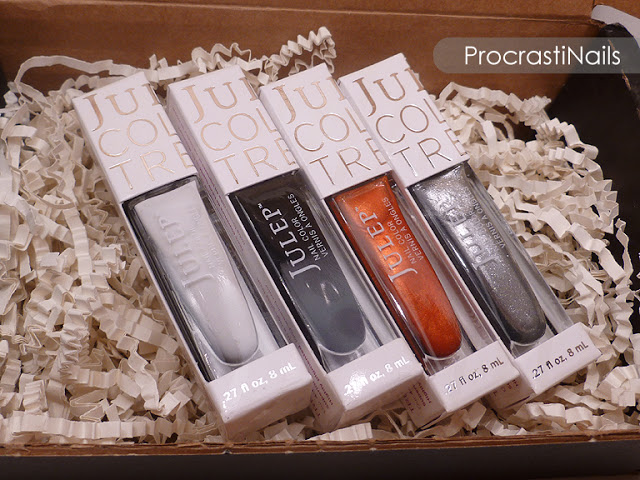 There have been some gorgeous designs going around recently that incorporate crackle polishes along with nail art. I thought that the crackle trend had died down last year, but it seems to me like it had a mini-resurgence in the past few months (on the blogs I follow, at least)! It's gone away again now, but I was left inspired. And just as I was formulating designs… I learned that my OPI Black Shatter had dried up. 🙁 Nooo.

Thankfully I remembered that I had seen a crackle set on Julep a couple months prior, and once I checked it out and saw that I could get all 4 crackle polishes that Julep had released the previous year for $16.99 (regular $56) I knew I was going to snatch them up before they were discontinued. I'd get my precious black, and then some! Even though I haven't done any nail art with these lovelies yet, I thought I'd share the swatches with you so you could see if you also want to snatch them up before they're discontinued. Enjoy! 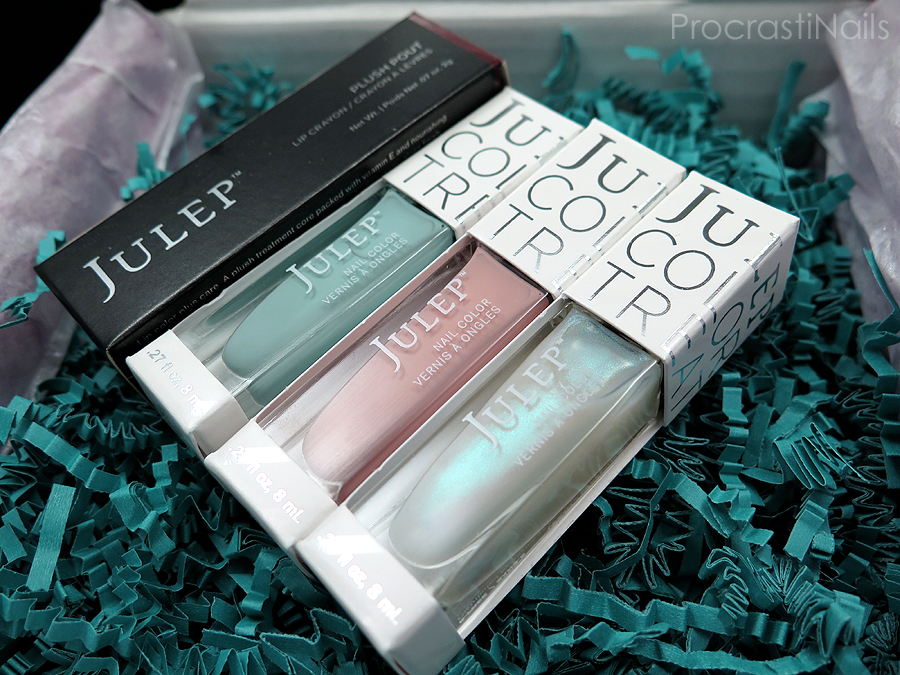 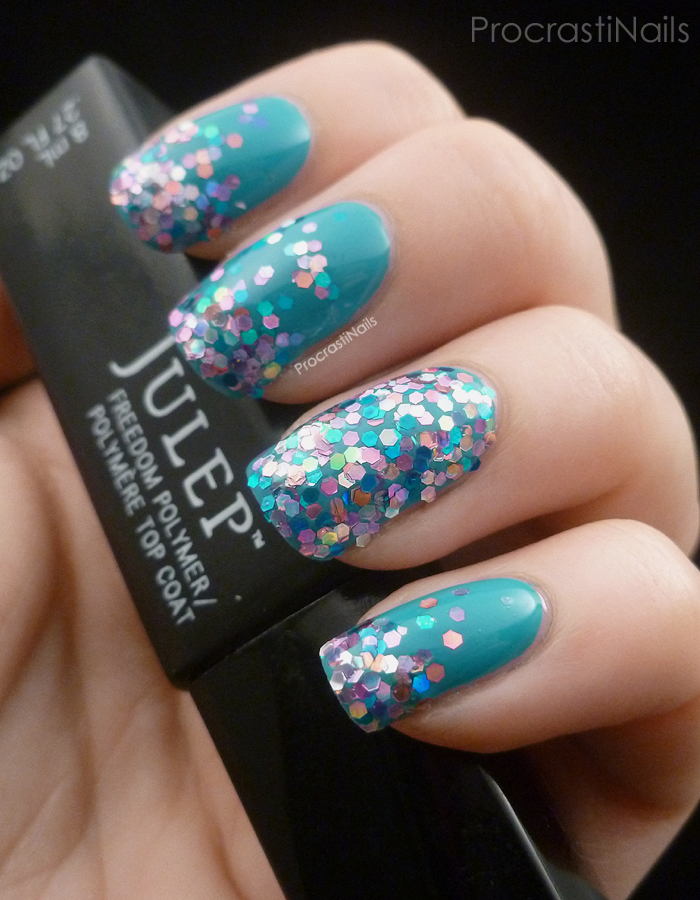