Challenge day 2 was for a mani using the colour orange. This was difficult since I rarely use orange polish. Coincidentally I had just gotten this OPI colour from a sale bin at one of my usual polish stores earlier in the week, so I thought it would be a good chance to use it.

Thoughts/tools/colours and more pics under the cut.

Once I had decided on the shade of orange I was going to use, I had to figure out what kind of design I wanted to do. I decided on doing a butterfly wing mani, since I’ve seen them on so many other blogs but haven’t yet had the chance (or patience) to try them. Turns out they were way easier than I had expected!

I also debated the idea of doing the base as a gradient (OPI A Roll in The Hague combined with either China Glaze’s Riveting or Maybelline’s Bold Gold), but once I had done a test nail and shown a friend we agreed it was fine with just a solid.

Overall I’m pleased with this look, though next time I think I would do the black lines thiner to make it look more delicate. 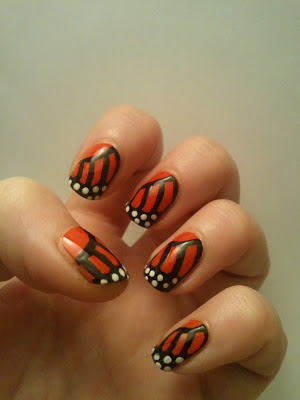 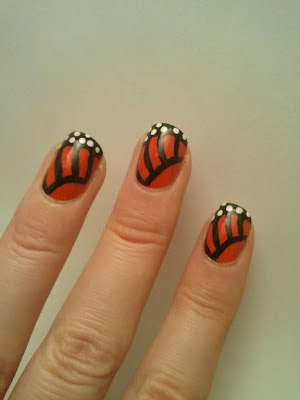 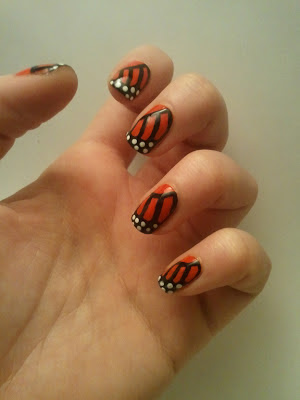 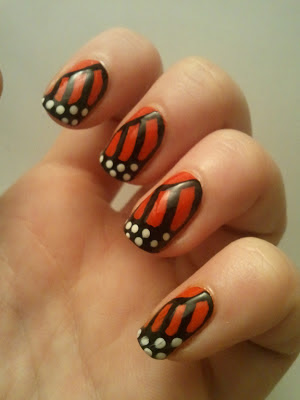 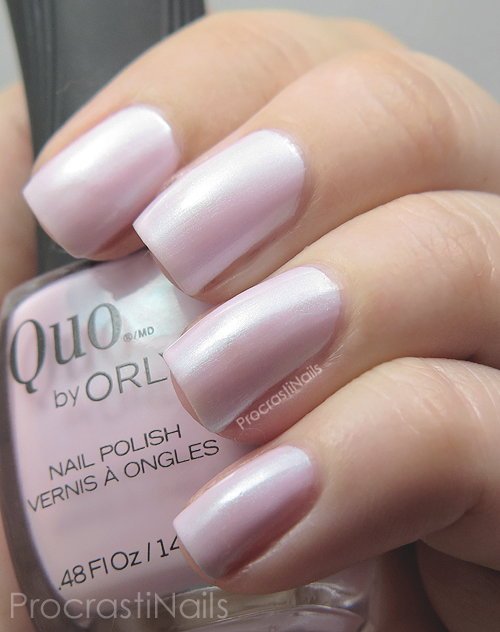 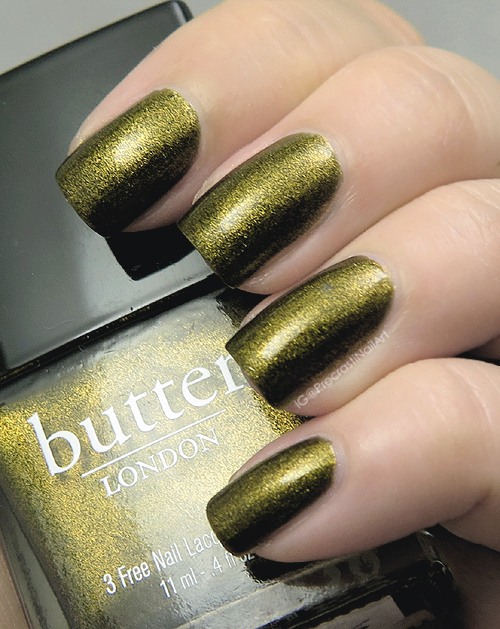 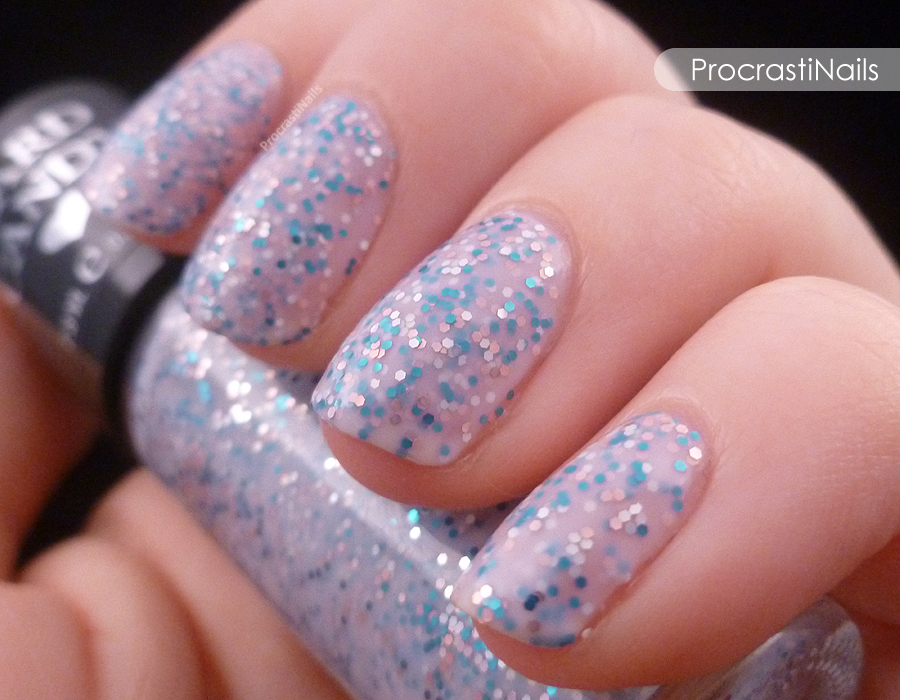 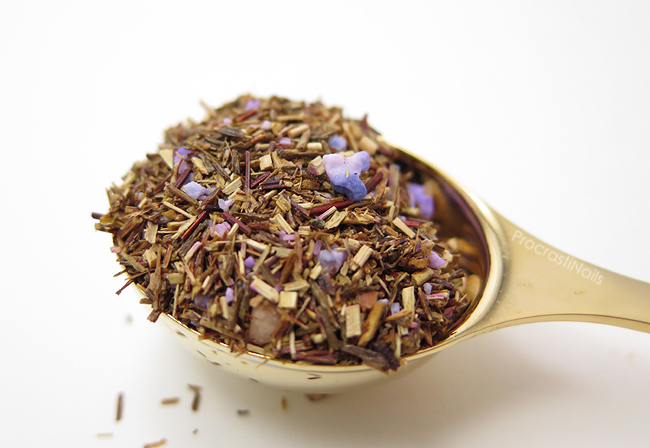