It took longer than expected but I finally have a full swatch and review post for the OPI Sheer Tints to share with you! You got a preview of their layering ability in my last post with them, but today we have a look at all four of the shades swatched on their own over both white (with one/two/three/four coats) and over nude nails. The reason this took forever is because these polishes are a PAIN to work with on their own. They’re lovely for art and watercolour-type nails, but each individually as the star of their own show? Not something I would suggest. I’ll tell you more about that later, but first let’s get a better look at these colours!

I’m Never Amberrassed is described as a “liquid amber that morphs into a veneer of yellow tint that is anything but bashful.” Oh man, do I ever not love this one on nude nails. Hahah. It makes it look like my nails are stained! Me and my coworker actually called these #nicotinenails, so that tells you how I feel about them. On top of white I think this is a lovely shade for spring; it’s very soft and buttery no matter how many coats you use

OPI Don’t Violet Me Down

Don’t Violet Me Down… OPI says “you can count on this crystal sheer amethyst!” On top of white I really like this shade, and I think that one or two coats is my favourite. Again it’s a lovely soft shade for spring. With the nude nails I think I would have to pass on this one, again it just makes it look like my nails are stained from painting or grape juice or something. :/

OPI Be Magentale With Me

You can use Be Magentale With Me to “give your nails the sweet treatment with this sheer pink tint.” This is definitely my favourite of the collection in terms of going on top of nude nails… One or two coats on it’s own gives you a healthy pink glow that just gives natural nails that extra oomph. I think it might be lovely over a french manicure as well. On top of white I like this shade, though I think the maximum number of coats I tried (four) would have to be my favourite. Any less and the shade just seems too barely-there for me.

I Can Teal You Like Me! “It’s obvious you’re head over teal in love with this sheer blue.” In sheer form over nude nails? Not so much! I just… No. Again it looks stained, and the blue (moreso than the other shades) comes off as so streaky on it’s own. It’s a bit better on top of white, though as you can see it’s still the streakiest of the set. If not for the streaking I think one coat over white would be my favourite, but I’m going to have to go for four streaks instead just because it’s enough coats to make it look a bit more solid.

So what are my overall thoughts?

As I mentioned earlier, these shades aren’t the best for wearing on their own. In the pictures where they are swatched on top of the white (which is Sinful Colors Snow Me White if anyone was wondering) they look like they have nice coverage, but they are all super streaky with patchy coverage in real life. Like… When I look at my hand and then look at these pictures? Night and day, almost. It’s almost a shame that didn’t come through in the photographs. I would also definitely recommend a layer of topcoat to try to help smooth some of the patches. All of these pictures have one layer of Seche Vite on top.

Another thing you can’t tell from these pictures (though it’s there) is that this polish is difficult to get all the way across your nail. In some of them the edges of my nails were still basically white. And the polish gets so sticky when you’re applying it that you can’t even try to push it around the nail… It will just goop! Towards the end I learned the easiest way to apply it is to get a good sized bead on your brush (but not so big that it’s going to flood your nail – it’s a fine line) and then try to do a proper two/three-stroke coverage for the full nail. But even then it’s a gamble, and because of the nature of the polish you can’t always rely on multiple coats to fix your bare patches.

I don’t really think these polishes are meant to be worn on their own, so generally the things I have issues with won’t come into play. I’m not super in love with any of these in particular but I think they’re going to be fun for gradients and patterns and nail art in the future… On nude nails they remind me of candy or stained glass (though not always in a good way).

Let me know if you’re thinking about picking any of these babies up, or if you have ideas for things I should try with them! I’d love to hear your input! 🙂 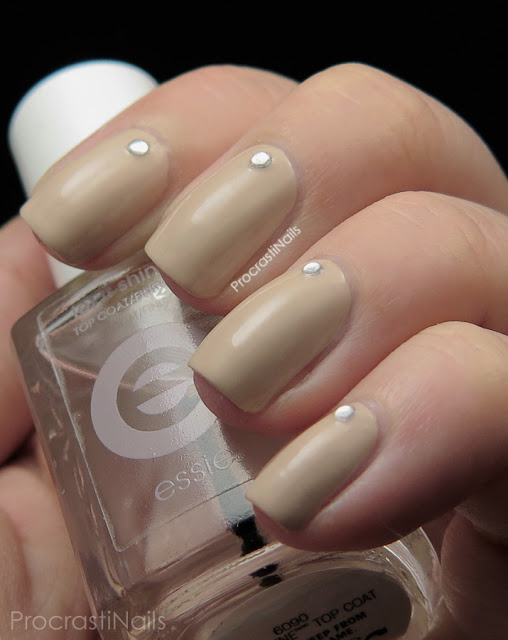